Saving Face tells the story of two women (39-year-old Zakia and 23-year-old Rukhsana) who were severely disfigured after becoming victims of acid attacks. According to the film’s website:

Every year in Pakistan, at least 100 people are victimized by brutal acid attacks. The majority of these are women, and many more cases go unreported. With little or no access to reconstructive surgery, survivors are physically and emotionally scarred, while many reported assailants – typically a husband or someone close to the victim – are let go with minimal punishment from the state.

The film follows Dr. Mohammad Jawad, a plastic surgeon who left a thriving practice in Britain in order to assist Pakistan’s acid attack victims. During her acceptance speech, Obaid-Chinoy dedicated the award to Dr. Jawad, Rukhasana and Zakia, and “to all the women in Pakistan who are working for change.” She added, “Don’t give up on your dreams.”

Hopefully Obaid-Chinoy’s Oscar win will mean that more people in Pakistan will have the opportunity to see the film. The filmmaker told the Wall Street Journal in November that she planned to show the film in private venues and recently told the Asia Society that “contractual restraints” prevented her from showing it to large audiences.

HBO will be broadcasting Saving Face on March 8. Mark your calendars.

Warning: Don’t watch the above video while hungry.

Stereogum’s Amrit Singh just released the trailer for his documentary Dosa Hunt, which is scheduled to be released this spring. In the film Singh and his friends Rostam Batmanglij (Vampire Weekend), Vijay Iyer (Vijay Iyer Trio), Himanshu Suri (Das Racist), Alan Palomo (Neon Indian), and Anand Wilder (Yeasayer) travel through the streets of New York in a hunt for the perfect dosa.

You can follow the film on Twitter, Facebook, and Tumblr. I’ve long maintained that the best dosa in New York can be found at the Ganesha Temple canteen in Flushing, Queens. Hopefully they visited during filming.

(Via my brother, who helpfully sent me this Gothamist link.) 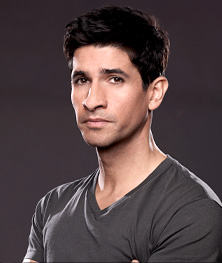 Did anyone catch the premiere of the new NBC drama Smash? It debuted on Monday after a multi-million dollar promotional campaign and many hope that it will be the hit show NBC desperately needs. The hour-long musical drama is about the creation of a Broadway show based on the life of  Marilyn Monroe and is produced by Steven Spielberg.

From his character’s mini-bio on the show’s official website:

Devan “Dev” Sundaram was born in Wimbledon in the United Kingdom, but has split his time with relatives in Queens for much of his life and has lived in New York City for several years. With a B.A. in Classics and Political Science from Oxford University and M.A.s in Communications (from Columbia University) and International Relations and Journalism (from NYU), Dev has worked as Deputy Press Secretary in Mayor Mike Bloomberg’s office since 2010. He lives in Lower Manhattan with his girlfriend, Karen Cartwright.

Masters degrees plural. Of course. It will be interesting to see how the show portrays New York’s South Asian community and, since the show films in New York, to see if they visit any notable landmarks. I also wonder if there will be any subplots involving the character’s relatives in Queens. I only caught a few minutes of the episode, so I don’t have an opinion on the show yet. The entire pilot episode can be seen here.